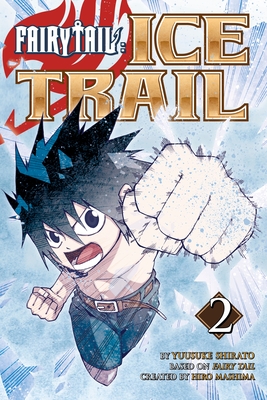 MAGIC THAT FREES
Following Gildarts's suggestion, Gray heads towards Magnolia and meets a young boy named Pauz along the way. The two kids quickly become close friends, but Pauz has a secret mission he must attend to... Then, Gray arrives at a special town that will change his life forever. The young ice wizard encounters Fairy Tail for the first time, and gains something truly magical!

HIRO MASHIMA was born May 3, 1977, in the Nagano prefecture. His series Rave Master has made him one of the most popular manga artists in America. Fairy Tail, currently being serialized in Weekly Shonen Magazine, is his latest creation. YUUSUKE SHIRATO is a manga artist making his debut with Fairy Tail Ice Trail.
Loading...
or support indie stores by buying on