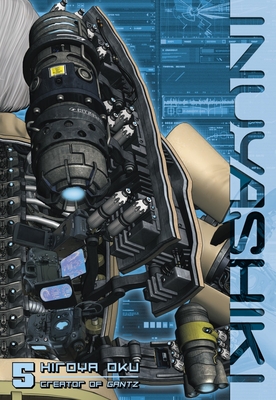 Shishigami’s identity as a vicious murderer is known to the nation, prompting him to take refuge. As public outcry calls for him to be brought to justice, a tragic event pushes Shishigami over the edge, and his once violent pastime turns into a mission of revenge. With vengeance on his mind, Shishigami strays further from his humanity into a killing machine, but the affection of a new friend may cause him to have a change of heart.

"Take Gantz, add the premise of Breaking Bad, and you've got Inuyashiki." -Kotaku

"Yes, Inuyashiki is the story of an old man who turns into a military-grade super-robot... Hiroya Oku slathers the pages in gore, but like in Gantz, it's never just about the gore." -Anime News Network

Hiroya Oku is a manga artist and creator from Japan who is best known for the series Gantz. Gantz was an immensely popular series in Japan and the United States that went on for a total of 37 volumes and also spawned a 26-episode anime series and three live-action films.
Loading...
or support indie stores by buying on
(This book is on backorder)