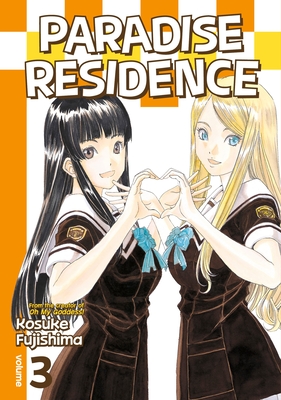 SAVE THE DORM!
Summer comes to an end, and the residents of Kikka Academy's Dormitory One are looking forward to a new semester of fun and adventure. With the change of seasons comes plans to renovate the dormitory, but when the school's chairwoman falls ill and is temporarily replaced, those plans the future of Dormitory One find themselves in jeopardy. Takanashi, Misawa, and the rest of the girls are not going to take things sitting down and they formulate a plan to rescue their beloved dorm. But can they put together the resources to pull it off, and can they outwit the conniving deputy chairperson behind it all?

Kosuke Fujishima is one of Japan - and America's - most popular manga artists. Fujishima is the creator of classics You're Under Arrest and Oh My Goddess!, both of which were published in English and adapted into lucrative anime franchises. He is also the character designer for the hit video game franchises "Sakura Wars" and "Tales of."
Loading...
or
Not Currently Available for Direct Purchase