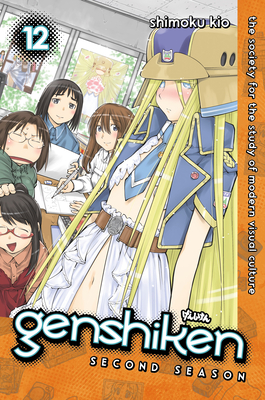 At the End of Eternity

After what seemed like an eternity of indecision, Madarame finally reveals his solution to his harem problem, and it's not what anyone would have imagined. But just when his romantic ineptitude threatens to tear the Genshiken apart, an ancient enemy reappears with shocking news. Can Saki knock some sense into Madarame and save the club? And what will become of the hearts and hopes of Suzy, Keiko, and Hato? Whatever happens, by the time graduation arrives, the Society for the Appreciation of Modern Visual Culture--and its members--will never be the same.

Shimoku Kio is a Japanese manga artist who is most well known for Genshiken and its spin-off, Kujibiki Unbalance, both of which exist in manga and anime/original video animation form. He is also known for the manga series Digopuri and Kagerowic Diary.
Loading...
or
Not Currently Available for Direct Purchase