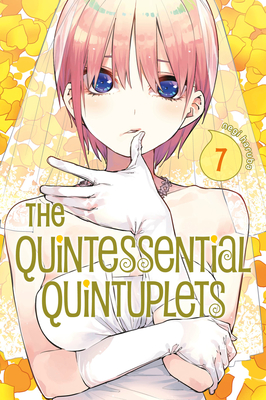 A high school romantic comedy with five times the cute girls! A high school boy must work part-time to help five sisters study so they can graduate, but the only thing these quintuplets have in common is that they all hate studying!

The New Year's bell rings, and the apartment is teeming with excitement as Futaro and the quints prepare for their finals-- with a few distractions along the way! Together, the group of six overcomes each obstacle smoothly until the quints' father shows up and delivers an ultimatum: the sisters will have to transfer again if they fail their finals! Just as Futaro thinks he might have everyone back on track, romantic rivalries threaten to flare, and the quints must take it upon themselves to sort things out...

Negi Haruba debuted in 2013 with the story "Coward's Crossword" in Kodansha's Magazine Special. Haruba's first series was Purgatory Karma in 2014, followed in 2017 by Quintessetial Quintuplets, which is the artist's first manga to be published in English.
Loading...
or support indie stores by buying on
(This book is on backorder)