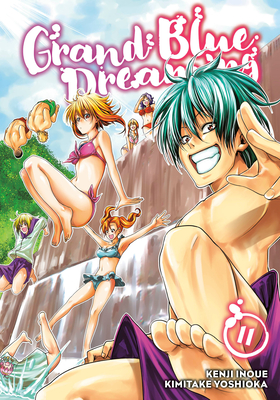 The diving club's excursion to an uninhabited island has left everyone in uncharted territory. While at first glance the island seems a heavenly oasis, it turns out to be a little less uninhabited than expected. Everyone is in for much more than they bargained for, and their dreamy excursion begins to feel more and more like a nightmare...

Kenji Inoue is the creator of the popular Baka & Test, Fate/kaleid liner, and Grand Blue Dreaming series, which were all adapted into popular anime.

Kimitake Yoshioka is the illustrator behind the manga of Lagrange: The Flower of Rin-ne, as well as Grand Blue Dreaming. His newest series is Temple.
Loading...
or support indie stores by buying on