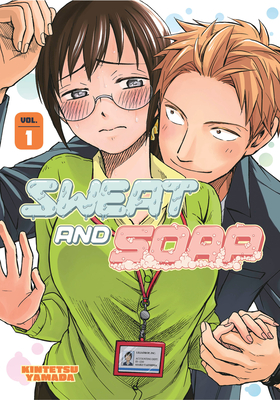 In an office romance, there's a fine line between sexy and awkward... and that line is where Asako -- a woman who sweats copiusly -- met Koutarou -- a perfume developer who can't get enough of Asako's, er, scent. Don't miss a romcom manga like no other!

Asako's living her dream, working at the toiletry maker Liliadrop. But she has a secret: The reason she loves the company so much is that she's ashamed of her body odor, and their soap is the only thing that's ever helped her. So when the company's lead product developer, a perfuming genius, approaches her in the lobby and wonders what "that smell" is, she's terrified--but could it be that he likes it? That he likes her? And most surprising of all, she might just like him back...

Praise For Sweat and Soap 1…

"Sweat and Soap is a story about two bona fide adults with their own issues and oddities finding each other and making a relationship grow and work… Natori and Asako are an easy couple to root for." -Anime News Network

Kintetsu Yamada is a manga artist whose debut series is Sweat and Soap, which just began being published in English.
Loading...
or support indie stores by buying on