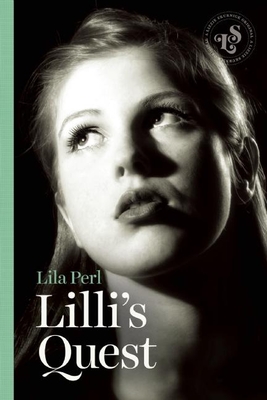 Germany on the cusp of World War II. Hitler has risen to power, and the Jews are being taken away from their homes in the middle of the night, forced to wear yellow stars, their businesses smashed, their lives in ruins. In the middle of all this is Lilli Frankfurter, a half-Jewish girl on the cusp of adolescence, her life and family thrust into the midst of a danger she has only begun to understand.

In the stunning sequel to Isabel's War, Lila Perl, who completed this book just months before her death, brings wartime Germany, England, and America to life through Lilli's eyes. From Kristallnacht to hiding in her grandparents' attic to the Kindertransports that take her to an isolated farm in the English countryside, separated from her family, Lilli must repeatedly hide her identity in order to stay alive. In her final novel, Perl brilliantly evokes Lilli's desperate journey to America--as well as her brave quest back to Europe to find out if anything is left of her family.

Lila Perl published over sixty volumes of fiction and nonfiction for young readers during her long and distinguished career. In addition to the beloved Fat Glenda series, Perl twice received American Library Association Notable awards for nonfiction and was a recipient of the Sidney Taylor Award for Four Perfect Pebbles: A Holocaust Story. Her penultimate novel, Isabel's War, was named a 2015 Sydney Taylor Honor Award winner in the Teen Readers Category, and was well reviewed in the Wall Street Journal, New York Times, Publishers Weekly, School Library Journal, and Kirkus, among other places. She died in 2013 at the age of ninety-two.

Lila Perl published over sixty volumes of fiction and nonfiction. In addition to the successful Fat Glenda series, Perl twice received American Library Association Notable awards for nonfiction and was the recipient of the Sidney Taylor Award for Four Perfect Pebbles: A Holocaust Story. Her penultimate book, Isabel's War, was named a 2015 Honor Book in the Teen Reader's Category by the Sydney Taylor Book Award Committee.
or support indie stores by buying on
Copyright © 2020 American Booksellers Association