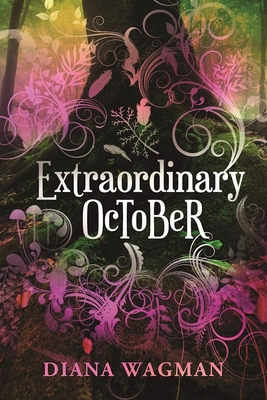 October is an ordinary girl. From her plain looks to her average grades, there seems to be nothing special about her. Then, three days before her eighteenth birthday, she develops a strange itch that won't go away, and her life is turned upside down. Suddenly, she can hear dogs talk, make crows fly, and two new and very handsome boys at school are vying for her affections. After she starts "transplanting" herself through solid rock, October learns that she is not ordinary at all, but the daughter of a troll princess and a fairy prince, and a pawn in a deadly war between the trolls and the fairies. Now October will have to use all of her growing powers to save her family, and stop a mysterious evil that threatens to destroy the fairy world. In the fantastical vein of authors such as Julie Kagawa and Holly Black, Extraordinary October takes us on a magical journey from the streets of Los Angeles to the beautiful and mythical underground fairy kingdom.

Diana Wagman is the author of four novels and numerous short stories, essays and reviews. Her second novel, Spontaneous, won the PEN West Award for Fiction, and her 2012 novel The Care and Feeding of Exotic Pets, was a Barnes and Noble Discover selection, and was widely reviewed in the New York Times, the Los Angeles Times, the Wall Street Journal, and numerous other publications. She lives in Los Angeles, California.
or
Not Currently Available for Direct Purchase
Copyright © 2020 American Booksellers Association