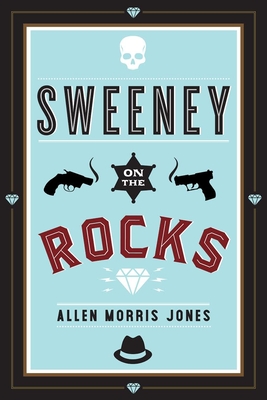 Sweeney on the Rocks (Paperback)

Ted Sweeney. Affable everyman in small town Montana. Tailgate hung on with baling wire, owner of his own business. Ten minutes ago, his biggest worry had been how to pay for the engagement ring rattling around in his pocket. But that was before he came home to find a corpse tidily arranged in his favorite recliner, his "old pal of a piece of furniture." Is it a warning or a setup or what? A professional hit, Sweeney can't help but admire the efficiency of the work, the slice deep across the guy's throat. Somebody knew what they were doing.

Sweeney dumps the body into the Yellowstone River without attracting attention. But over the next few days, as the corpse tumbles its way downstream, Sweeney's complicated circumstances gradually start rolling into the unflattering light. His is a story that includes the waning days of Italian wise guys in Brooklyn, the rise of the Russian mafia, and his own reluctant retreat into the witness protection program. Throw in a bag of uncut "rocks" (diamonds), an ex-wife turned country sheriff, a beloved mentor that might or might not be dead and a former mistress cashing in favors, and we have a literary crime novel that shows how we can run from ourselves, but can never really hide.

Allen Morris Jones is author of the acclaimed novels Last Year's River, which was chosen as as a Barnes and Noble Discover pick, and A Bloom of Bones, which was an honorable mention for the Montana Book Award. He has appeared on "PBS NewsHour" as a guest essayist, and seen rave reviews of his work appear on the Today Show and in the LA Times, People magazine, Publisher's Weekly, Booklist, and many others. He lives in Montana with his wife and young son.
or support indie stores by buying on
Copyright © 2020 American Booksellers Association