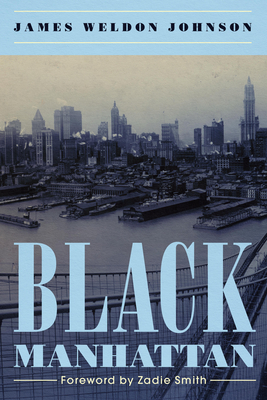 In this classic work, first published in 1930, James Weldon Johnson, one of the leading lights of the Harlem Renaissance, combined the skills of the historian, social scientist, and the reporter to trace the New York black experience from the earliest settlements on Chatham Square during the pre-revolutionary period to the triumphant achievements of Harlem in the 1920s. Featuring a foreword by Zadie Smith.

James Weldon Johnson (1871-1938) was an early civil rights activist, a pioneering leader of the NAACP, and a leading figure in the creation and development of the Harlem Renaissance. Johnson's first success as a writer was the poem "Lift Ev'ry Voice and Sing" (1899), which became known as the "Negro National Anthem." His published works include The Autobiography of an Ex-Colored Man (1912), God's Trombones (1927), and Black Manhattan (1930).
Loading...
or support indie stores by buying on