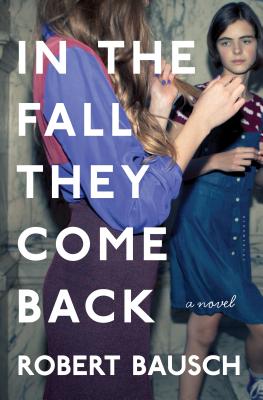 In the Fall They Come Back

Ben Jameson begins his teaching career in a small private school in Northern Virginia. He is idealistic, happy to have his first job after graduate school, and hoping some day to figure out what he really wants out of life. And in his two years teaching English at Glenn Acres Preparatory School, he comes to believe this really is his life's work, his calling. He wants to change lives.

But his desire to "save" his students leads him into complicated territory, as he becomes more and more deeply involved with three students in particular: an abused boy, a mute and damaged girl, and a dangerous eighteen-year-old who has come back to school for one more chance to graduate.

In the Fall They Come Back is a book about human relationships, as played out in that most fraught of settings, a school. But it is not only a book about teaching. It is about the limits and complexities of even our most benevolent urges--what we can give to others and how we lose ourselves.


Praise For In the Fall They Come Back…

"Inspired by a true story, this intense private-school drama follows an idealistic young writing instructor whose attempts to teach outside the box--and to intervene in the lives of three of his troubled students--dangerously backfires. It’s a heart-wrenching tale that reads like a soul-searching confession." - People Magazine"Bausch perceptively explores the complexities and dangers of idealism and the motivations behind altruism." - Publishers Weekly

"This richly drawn portrait of a private school explores the harsh realities of teenage life and the pitfalls of altruism. It's a deeply affecting read that's both generous toward and critical of the people who try to help us." - LitHub, "9 Books You Should Read This December"

"[In the Fall They Come Back is] written so fully that the reader feels certain Glenn Acres is a real private school in Virginia . . . it is poignant and familiar and comfortably sorrowful." - The Atlanta Journal Constitution

"Robert Bausch's simple but never simplistic story pours off the page with a fluidity gained from decades of experience." - Alan Cheuse, All Things Considered on IN THE FALL THEY COME BACK

"A funny, intelligent, poignant novel that courageously explores the fundamental truths in all our lives." - The New York Times Book Review on THE LIVES OF RILEY CHANCE

"An entertaining old-school western [in] the reluctant-hero tradition of Charles Portis (True Grit)." - The New York Times Book Review on FAR AS THE EYE CAN SEE

"An experience so intimate . . . that it almost blinds you with love." - O, The Oprah Magazine on THE GYPSY MAN