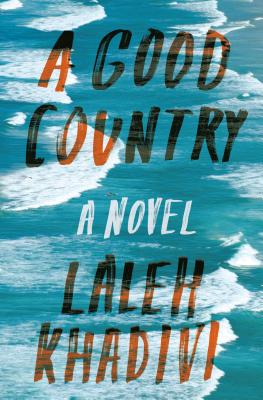 A timely novel about the radicalization of a Muslim teen in California--about where identity truly lies, and how we find it.

Laguna Beach, California, 2011. Alireza Courdee, a 16-year-old straight-A student and chemistry whiz, takes his first hit of pot. In as long as it takes to inhale and exhale, he is transformed from the high-achieving son of Iranian immigrants into a happy-go-lucky stoner. He loses his virginity, takes up surfing, and sneaks away to all-night raves. For the first time, Reza--now Rez--feels like an American teen. Life is smooth; even lying to his strict parents comes easily.

But then he changes again, falling out with the bad boy surfers and in with a group of kids more awake to the world around them, who share his background, and whose ideas fill him with a very different sense of purpose. Within a year, Reza and his girlfriend are making their way to Syria to be part of a Muslim nation rising from the ashes of the civil war.

Timely, nuanced, and emotionally forceful, A Good Country is a gorgeous meditation on modern life, religious radicalization, and a young man caught among vastly different worlds. What we are left with at the dramatic end is not an assessment of good or evil, east versus west, but a lingering question that applies to all modern souls: Do we decide how to live, or is our life decided for us?


Praise For A Good Country…

"Powerful . . . Using vivid characters that bound off the page, dialogue that's millennial and local and deliberate to the last word, and settings that evoke American high school so well they send you digging for your CDs and party pics . . . Khadivi's book is meticulous, unsparingly realistic and rich in nuance, a careful accounting of all those small nothings that, over three formative years, add up to everything for Reza Courdee. It is the work of a documentarian, a . . . satisfying answer to the question of 'why?' As an Iranian-American writer and the child of a Muslim country, I want the world to read this book because of its naked, unflinching honesty." - New York Times Book Review

"An expertly crafted coming-of-age story about radicalisation and cultural integration . . . Khadivi places a series of clues in the narrative to indicate the struggle of migrant families to become American, and the contrasting anxieties between the generations with their potential for violent rupture . . . Khadivi skilfully inserts moments of reflection and discomfort into this episode of frantic assimilation . . . The narrative is tense and dramatic . . . The novel charts the journey to radicalisation and these final episodes bring it to a powerful climax. A Good Country is expertly shaped, and persuasively investigates an important phenomenon of our times." - Guardian

"Khadivi is a massive talent, lyrical, evocative, and unsparing . . . Khadivi's feat is a crucial one, especially at this moment in time, when young Muslim men are dehumanized by white Americans far more often than they are understood to be complicated, and individual, human beings. . . . You won't want the book to end. You will want to follow Rez. You will want to hear what happens next. A brilliant novel about a young man's reckoning with a flawed and violent world." - Starred Review, Kirkus Reviews

"Brilliant . . . a tragic and affecting portrait of how radicalization can happen to an ordinary American, profoundly altering him . . . . A Good Country is a courageous and important conclusion to a magnificent trilogy. It suggests that what's saddest and most chilling about radicalization is that it arises from deep inside the human condition itself, from the thirst all humans have for connection and meaning. Without these, anyone can be lost." - San Francisco Chronicle

"Brilliantly channeling the minds of angst-filled teenagers with barely formed worldviews who seesaw between brash self-confidence and deflating insecurities, . . . Khadivi . . . has written an important, smart, timely novels that rivals such standouts as Karan Mahajan’s The Association of Small Bombs or Moshin Hamid’s The Reluctant Fundamentalist." - starred Review, Library Journal

"[T]he unerring precision of her prose draws you, piece by piece, into Rez's orbit and makes you concerned for his welfare once the skies darken." - The Herald

"A riveting, heartbreaking portrait of one young man's yearning for a good country to call his own." - Starred Review, Shelf Awareness

"Stunning and timely . . . Khadivi masterfully succeeds in pulling off a deep and searching investigation into Rez’s journey from one world to another, following through on her relentlessly emotional vision all the way to its wrenching conclusion. This is a heartbreaking coming-of-age story about the world we live in now." - Publishers Weekly

"The story unfolds deftly, beautifully capturing the psychology of an American teen who goes down the path of radicalization; readers will understand what would motivate a sheltered, shortsighted young person to run away to join extremists . . . Give this expertly written and stirring exploration of a timely subject to readers who enjoy novels that tackle global contemporary issues, such as Karan Mahajan's The Association of Small Bombs or Rabee Jaber's Confessions." - Starred Review, School Library Journal

"Captivating . . . In scene after vibrant scene, [Khadivi] suggests the forces that turn individuals into radicals. With A Good Country, she delivers an unusual and thought-provoking look at the process." - The Mercury News, "Books by the Bay"

Laleh Khadivi is the author of The Age of Orphans, a Barnes & Noble Discover New Writers pick, and The Walking. She has been awarded a Whiting Award, a Pushcart Prize, and an NEA Literature Fellowship. She has also worked as a director, producer, and cinematographer of documentary films. Her debut film, 900 Women, aired on A&E and premiered at the Human Rights Watch Film Festival. Khadivi lives in Northern California and teaches at the University of San Francisco MFA.