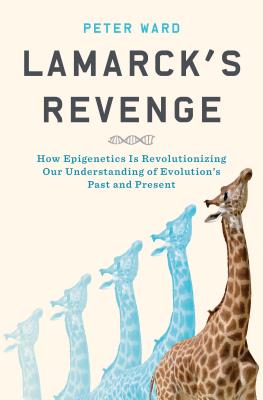 How Epigenetics Is Revolutionizing Our Understanding of Evolution's Past and Present

Epigenetics upends natural selection and genetic mutation as the sole engines of evolution, and offers startling insights into our future heritable traits.

In the 1700s, Jean-Baptiste Lamarck first described epigenetics to explain the inheritance of acquired characteristics; however, his theory was supplanted in the 1800s by Darwin’s theory of evolution by natural selection through heritable genetic mutations. But natural selection could not adequately explain how rapidly species re-diversified and repopulated after mass extinctions. Now advances in the study of DNA and RNA have resurrected epigenetics, which can create radical physical and physiological changes in subsequent generations by the simple addition of a single small molecule, thus passing along a propensity for molecules to attach in the same places in the next generation.

Epigenetics is a complex process, but paleontologist and astrobiologist Peter Ward breaks it down for general readers, using the epigenetic paradigm to reexamine how the history of our species—from deep time to the outbreak of the Black Plague and into the present—has left its mark on our physiology, behavior, and intelligence. Most alarming are chapters about epigenetic changes we are undergoing now triggered by toxins, environmental pollutants, famine, poor nutrition, and overexposure to violence.

Lamarck’s Revenge is an eye-opening and provocative exploration of how traits are inherited, and how outside influences drive what we pass along to our progeny.

Peter Ward is a professor of biology and of Earth and space sciences at the University of Washington in Seattle, and has authored seventeen books, among them the prizewinning Rare Earth: Why Complex Life Is Uncommon in the Universe, with Donald Brownlee. He also teaches as the University of Adelaide in Australia. He has been a main speaker at TED and has received the Jim Shea Award for popular science writing. He lives in Washington.

Praise For Lamarck's Revenge: How Epigenetics Is Revolutionizing Our Understanding of Evolution's Past and Present…

"A fascinating journey into the relatively new field of epigenetics . . . Skilled in both science and writing, Ward walks readers through its history, mechanisms, and the current fierce debate over its role. The best introduction so far to one of the most controversial elements of 21st-century evolutionary science." - Kirkus Starred Review

"The authors, both scientists, propose several different ways of looking at the history of life on earth, including the role that catastrophes played in shaping the development of living things." - Seattle Times (A NEW HISTORY OF LIFE)