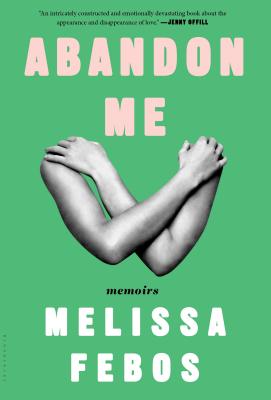 "[A] bold collection . . . The sheer fearlessness of the narrative is captivating." - The New Yorker

"Anyone who's read Febos . . . knows that her work explores boundaries as deftly as it defies categorization. In this new collection of essays, she once again obliterates convention with her erotically charged and intellectually astute recollections of family, relationships and the search for identity." - Esquire.com, “The Best Books of 2017 (So Far)"

"Her mastery over metaphor is astonishing . . . What might be mere navel-gazing for a less brilliant author is made powerfully universal here. Though the particulars are hers, just about anyone can relate to the feeling of a chasm opening up inside. Febos’s awakening to her full identity, even its ugliness, is a powerful and redemptive epic." - starred review, Publishers Weekly

"No subject is off-limits to Febos. She authorizes her reader to be braver, to dig deeper into their own secrets and to research those secrets in history . . . In her close reading and recording of her own life, Febos universalizes the pain of waiting . . . with each new piece Febos bends time." - The Rumpus

"It’s easy to fall in love with Melissa Febos' gorgeous new memoir of short essays. Febos brings a relentless curiosity and startling intimacy to the page . . . With her careful observations and introspection, she transcends isolation and captures the boundless nature of human emotion. Abandon Me is a fierce exploration of love and obsession, but it is something else as well--the story of woman who is unafraid to explore the harsh truths and choices that shape our lives." - LAMBDA Literary

"Febos's gifts as a writer seemingly increase with the types of subjects and themes that typically falter in the hands of many memoirists . . . Febos transports, but her lyricism is always grounded in the now, in the sweet music of loss." - The Millions

"Searing and eye-opening at every turn . . . a must-read." - The Huffington Post, “27 Nonfiction Books By Women Everyone Should Read This Year”

"Riveting . . . emotionally raw and stirring in a way that will have you aching for more." - Newsweek, "Best New Books of the Week"

"Intimate and mesmerizingly vulnerable, Abandon Me is a boo[k] that gets at the heart of who we love, how we love--and why." - Refinery29, "Best Reads of February"

"Febos has established herself as a gifted writer with deep reserves of empathy and a bottomless hunger for personal truth. . . . Her prose is exciting and inviting because it feels both raw and lived in." - Guernica

"Febos complicates the human desire for connection with explorations in philosophy, psychology, and accounts of historical repression that seduce readers into inhabiting her myths while resisting sentimentality by dismantling the fictions with deft intellectual probing reminiscent of the work of Maggie Nelson. . . . One of Febos's greatest literary strengths is her ability to make these intimate experiences feel universal." - Bomb Magazine

"[In this] collection of self-aware, stylish, autobiographical essays on love, addiction, and inheritance, Febos harnesses language, moods, actions, and settings with precision. A professor of creative writing, she stuns with sentences that are a credit to her craft and will no doubt inspire her readers." - Booklist

"Abandon Me is a beautifully written journey through Febos' world." - Buzzfeed

"It's rare to read a book as generous as it is genius. Febos intimately explores addiction, pain, pleasure, the uncontrollable character and the strangely joyful and terrifying nuances of abandonment. I don't know that I've ever felt more thankful to read a book. Abandon Me found me when I most needed it." - Kiese Laymon, author of HOW TO SLOWLY KILL YOURSELF AND OTHERS IN AMERICA

"An intricately constructed and emotionally devastating book about the appearance and disappearance of love. Febos is a strikingly talented writer who pushes at the boundaries of her form and shows us just how amazing and expansive it can be." - Jenny Offill, author of DEPT. OF SPECULATION

Melissa Febos is the author of the memoir Whip Smart and two essay collections: Abandon Me and Girlhood. The inaugural winner of the Jeanne Córdova Nonfiction Award from LAMBDA Literary and the recipient of fellowships from The MacDowell Colony, Bread Loaf, Lower Manhattan Cultural Council, The BAU Institute, Vermont Studio Center, The Barbara Deming Foundation, and others; her essays have appeared in The Paris Review, The Believer, McSweeney's Quarterly, Granta, Sewanee Review, Tin House, The Sun, and The New York Times. She is an associate professor at the University of Iowa, where she teaches in the Nonfiction Writing Program.
Loading...
or
Not Currently Available for Direct Purchase