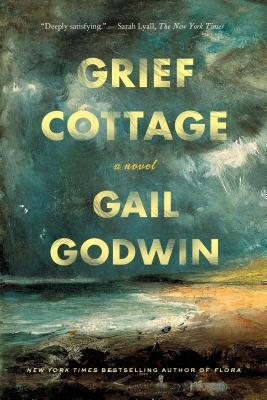 "No one writes about the psychological weight of the human condition like Gail Godwin. In Grief CottageGodwin is able to conjure on the page what few of us can conjure in our minds: the implications of loss and time and what it means to be haunted by both." - Wiley Cash, New York Times bestselling author of THIS DARK ROAD TO MERCY and A LAND MORE KIND THAN HOME

1. Consider the novel’s epigraph: “Not everybody gets to grow up. First you have to survive your childhood, and then begins the hard work of growing into it.” Charlotte, Marcus, and his mother all had traumatic childhoods that influenced their behavior as adults. What tools do each of them employ to help them survive? What does it mean to “grow into” one’s childhood? Who in the book is a good example of that?

2. The turtle migration is a central fixture in Marcus’s new life; he convenes with the eggs each day, monitors their temperature closely, and is devastated when he misses their historic sprint from nest to ocean. Why are the turtles a source of comfort for Marcus? Compare and contrast their ancient ritual for survival to Marcus own journey towards growth and safety.

3. In your opinion, does Marcus actually see a ghost in Grief Cottage or is he merely hallucinating an imaginary friend of sorts? How does this ghost story in particular challenge our preconceived notions of the boundaries of reality?

4. Discuss the significance of Marcus’s friendship with Wheezer. He often remembers their boyhood closeness fondly but is still haunted by Wheezer’s accusation. When Marcus returns to visit Wheezer years later, how has their relationship changed? How has it stayed the same? When the two friends catch up, Marcus learns that Wheezer also attempted suicide in his younger years. What brings each of these two boys, who have very different backgrounds, to the brink of death?

5. Discuss Marcus’s suicide attempt: was it fueled by insanity, insecurity, selflessness, or something else entirely? Earlier in the novel, Marcus admires Johnny’s ghost: “It’s all over for you. Your life is a complete thing. I envy that.” (140) Why does Marcus envy Johnny? How does this novel challenge the idea that anyone’s life is every truly “complete”? How is this a pivotal moment for Marcus on his journey to forgiving himself?