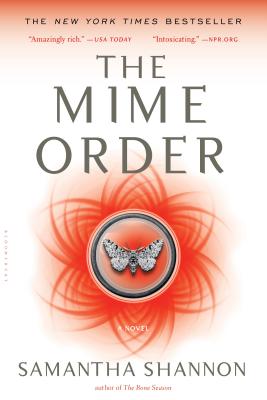 The Mime Order (The Bone Season)

Paige Mahoney has escaped the brutal prison camp of Sheol I, but her problems have only just begun: many of the survivors are missing and she is the most wanted person in London . . .

Then the Rephaim begin crawling out from the shadows. Paige must keep moving, from Seven Dials to Grub Street to the secret catacombs of Camden, until the fate of the underworld can be decided.


Praise For The Mime Order (The Bone Season)…

"A gripping sequel." —US Weekly

"If anyone was wondering how Shannon would stretch this story into seven books, the gut punch of the last line in The Mime Order will instead have them on tenterhooks for the next five." —USA Today

"[The Mime Order] will solidify the series' rightful place among the best of fantasy, sci-fi and dystopian fiction." —Shelf Awareness

"Full of the action, turns, and surprising revelations that readers have come to expect from Shannon, this new installment ends on a wholly unexpected twist." —Library Journal

"Her legion of fans will once again be here for the propulsive plot." —Kirkus Reviews