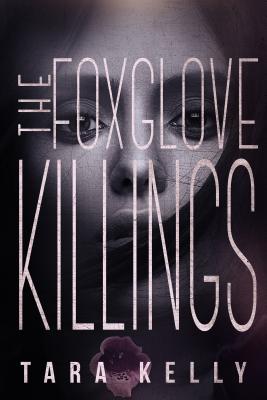 Gramps always said that when the crickets were quiet, something bad was coming. And the crickets have been as silent as the dead. It started with the murdered deer in the playground, a purple foxglove in its mouth. But in the dying boondock town of Emerald Cove, life goes on.

I work at Gramps's diner, and the cakes-the entitled rich kids who vacation here-make our lives hell. My best friend, Alex Pace, is the one person who gets me, and I'm starting to have more-than-friend feelings for him-feelings I don't want to have. But he's changing. He's almost like a stranger now, keeping secrets and picking fights with the cakes.

Then one of the cakes disappears.

When she turns up murdered, a foxglove in her mouth, a rumor goes around that Alex was the last person seen with her-and everyone but me believes it. Well, everyone except my worst enemy, Jenika Shaw. When Alex goes missing, it's up to us to prove his innocence and uncover the true killer. But the truth will shatter everything I've ever known about myself-and Alex.

Tara Kelly grew up in the San Francisco Bay Area. She graduated from UC Santa Cruz in 2004 where she earned a B.A. in Film and Digital Media. Her books include Amplified and Harmonic Feedback. She is enjoying life as a freelance artist in the Denver area.
Loading...
or
Not Currently Available for Direct Purchase