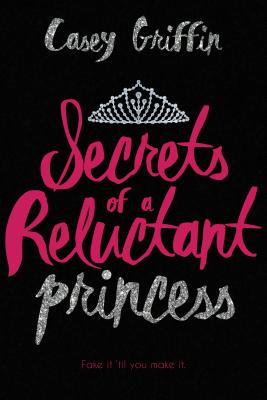 Secrets of a Reluctant Princess

At Beverly Hills High, you have to be ruthless to survive…

Adrianna Bottom always wanted to be liked. But this wasn’t exactly what she had in mind. Now, she’s in the spotlight…and out of her geeky comfort zone. She’ll do whatever it takes to turn the rumor mill in her favor—even if it means keeping secrets. So far, it’s working.

Wear the right clothes. Say the right things. Be seen with the right people.

Kevin, the adorable sketch artist who shares her love of all things nerd, isn’t exactly the right people. But that doesn’t stop Adrianna from crushing on him. The only way she can spend time with him is in disguise, as Princess Andy, the masked girl he’s been LARPing with. If he found out who she really was, though, he’d hate her.

The rules have been set. The teams have their players. Game on.

A true geek at heart, Casey Griffin can often be found at Star Trek expos and comic conventions on her days off from her day job, driving 400 ton dump trucks in Northern Alberta, Canada. As a jack of all trades with a resume boasting registered nurse, English teacher and photographer, books are her true passion. Casey is a 2012 Amazon Breakthrough Novel finalist and is currently busy writing every moment she can.
Loading...
or
Not Currently Available for Direct Purchase