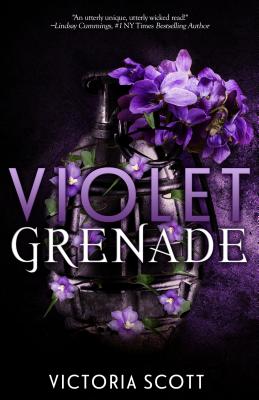 Her name is Domino Ray.

But the voice inside her head has a different name.

When the mysterious Ms. Karina finds Domino in an alleyway, she offers her a position at her girls’ home in secluded West Texas. With no alternatives and an agenda of her own, Domino accepts. It isn’t long before she is fighting her way up the ranks to gain the woman’s approval…and falling for Cain, the mysterious boy living in the basement.

But the home has horrible secrets. So do the girls living there. So does Cain.

Escaping is harder than Domino expects, though, because Ms. Karina doesn’t like to lose inventory. But then, she doesn’t know about the danger living inside Domino’s mind.

She doesn’t know about Wilson.

Victoria Scott is a teen fiction writer represented by Sara Crowe of the Harvey-Klinger Literary Agency. She’s the author of the FIRE & FLOOD series published by Scholastic, and the DANTE WALKER trilogy published by Entangled Teen. Her first stand-alone young adult title, TITANS, will be published by Scholastic in spring 2016. Victoria’s newest release, SALT & STONE, received a starred review by Kirkus Reviews, and the first book in the series, FIRE & FLOOD, has been nominated as a YALSA Teens’ Top 10 book for 2015. Victoria’s novels have been bought and translated in eleven foreign markets. She currently lives in Dallas, and hearts cotton candy something fierce.
Loading...
or
Not Currently Available for Direct Purchase