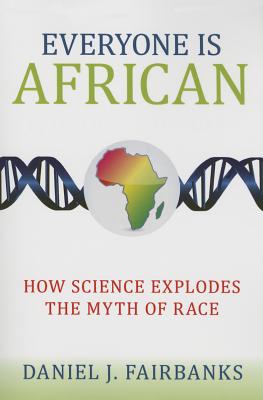 How Science Explodes the Myth of Race

What does science say about race? In this book a distinguished research geneticist presents abundant evidence showing that traditional notions about distinct racial differences have little scientific foundation. In short, racism is not just morally wrong; it has no basis in fact.

The author lucidly describes in detail the factors that have led to the current scientific consensus about race. Both geneticists and anthropologists now generally agree that the human species originated in sub-Saharan Africa and darkly pigmented skin was the ancestral state of humanity. Moreover, worldwide human diversity is so complex that discrete races cannot be genetically defined. And for individuals, ancestry is more scientifically meaningful than race.

Separate chapters are devoted to controversial topics: skin color and the scientific reasons for the differences; why ancestry is more important to individual health than race; intelligence and human diversity; and evolutionary perspectives on the persistence of racism.

This is an enlightening book that goes a long way toward dispelling the irrational notions at the heart of racism.

Praise For Everyone Is African: How Science Explodes the Myth of Race…

“Few are aware that the best ammunition against racism comes from modern evolutionary biology and genetics, and this gap in the public understanding of science needs to be closed. Daniel J. Fairbanks’s small but complete book provides clear explanations of the science behind human variation. I hope it is widely read.”

—Eugenie C. Scott, chair of the Advisory Council, National Center for Science Education; author of Evolution vs. Creationism: An Introduction

“In a masterful synthesis of biological, anthropological, and evolutionary evidence, this book presents one of the most eloquent, insightful, and compelling arguments against the existence of biological ‘race.’ Fairbanks demonstrates that modern notions which seek to justify race and racism aren’t just flawed—they’re scientifically baseless. This book uncovers the true richness of human variation and the unfolding of the human story over the last 150,000 years. In a world that today seems to be slipping toward greater divisiveness and conflict, Everyone Is African unites us in our common ancestry and shared history, providing ways to grapple with the social inventions of race that challenge our society to its core. This book should be required reading . . . for everyone.”

“This is an important book that brings forward an argument that is as clear and cogent as it is timely. Fairbanks reminds us that Homo sapiens is a single species whose populations’ shared biological histories provide a unifying context for our varied and disparate social narratives. Stressing the differences among us is not only divisive, it’s scientifically unjustified.”

Praise for prior books by Daniel J. Fairbanks:

"With so many books on evolution available, this one will definitely give readers a wonderful alternative, one that is easy to read and will be welcome by those both familiar with recent theories and arguments and those new to the area."
--NSTA Recommends (reviewing Evolving)

"One of the most insightful, easy-to-read, popular books on evolution. Highly recommended."
--Choice (reviewing Relics of Eden)

Daniel J. Fairbanks is the dean of the College of Science and Health at Utah Valley University and a distinguished university professor, research geneticist, artist, and author. He is the author of Evolving: The Human Effect and Why It Matters; Relics of Eden: The Powerful Evidence of Evolution in Human DNA; and the coauthor (with A. Franklin, A. W. F. Edwards, D. L. Hartl, and T. Seidenfeld) of Ending the Mendel-Fisher Controversy, and (with W. R. Andersen) of Genetics: The Continuity of Life, in addition to numerous journal articles.
Loading...
or
Not Currently Available for Direct Purchase