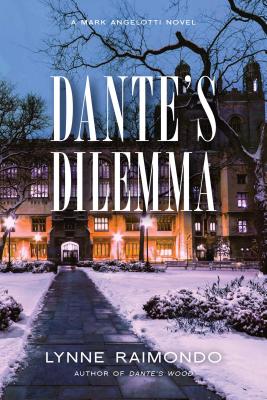 Blind psychiatrist Mark Angelotti is faced with his most troubling case yet when he is asked to evaluate Rachel Lazarus, the estranged wife of a slain University of Chicago professor. Months earlier, the professor’s body was found stuffed into one of the exhibits at “Scav,” the school’s world-famous annual scavenger hunt, and – in a feast for the press – missing a vital piece of its anatomy. Though she’s confessed to her husband’s murder, Rachel is mounting a battered woman’s defense. Forced into helping the prosecution, Mark becomes unsure of his objectivity when his investigation uncovers uncomfortable parallels between Rachel’s history and his own. That concern proves well-founded when his damaging admission at trial all but convicts Rachel. Then a tip connects the case to another suspected murder and evidence that Rachel may not be guilty after all. As he plows ahead during a brutal Chicago winter, Mark soon learns he has far more to worry about than treacherous snow and ice: someone will do anything to guarantee that Rachel takes the fall.

“Terrific… Nothing about a Raimondo novel is quite as it seems, and Dante's Dilemma will keep you up long past a sensible bedtime.”
—DURANGO HERALD

“Mark Angelotti is a very likable character…There are plenty of twists in the plot—and one at the end you won’t see coming.”
—EXAMINER.COM

“The writing is crackling good, the pace non-stop, the mystery top-notch intrigue. The best Mark Angelotti yet!”

“Raimondo’s remarkable series is not only compelling for its uncanny depiction of a blind man’s daily struggles, it ranks among the most intelligent and well-executed crime fiction in years. Deeper and more complex with each episode, this series commands attention.”

— JAMES W. ZISKIN, author of Stone Cold Dead and the Ellie Stone mysteries
or support indie stores by buying on
(This book is on backorder)
Copyright © 2020 American Booksellers Association