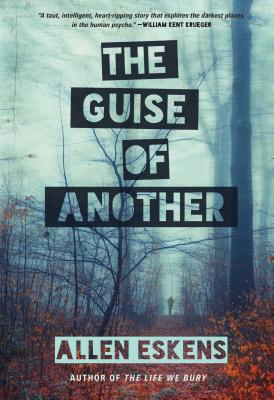 The Guise of Another

Who was James Putnam? Answering that question may mean salvation for Alexander Rupert, a Minnesota detective whose life is in a serious downward spiral. A Medal of Valor winner, Alexander is now under subpoena by a grand jury on suspicion of corruption. He’s been reassigned to the Frauds Unit, where he is shunned by his fellow detectives, and he fears his status-seeking wife may be having an affair. When he happens across a complex case of identity theft, Alexander sees an opportunity to rehabilitate his tattered reputation. But the case explodes into far more than he could have expected, putting him in the path of trained assassin Drago Basta, a veteran of the Balkan wars who has been searching for “James Putnam” for years. As his life spins out of control, Alexander’s last hope may be his older brother, Max, a fellow police detective who steps in to try to save his brother from the carnage his investigation has let loose.

Praise For The Guise of Another…

“Eskens’s elegant but chilly prose, like winter in the blood, is well suited to this fiercely told morality tale (and its deeply cynical ending), which is sure to send all of us wretched sinners straight to hell.”

"Readers looking for a new voice should pay attention to Eskens.”

"With just two books to his name, I have put [Eskens] on my ‘must read’ list.”

“Eskens has conjured up a marvelously black spirit of a novel. It’s a taut, intelligent, heart-ripping story that explores the darkest places in the human psyche. After each unexpected twist, you’ll tell yourself things can’t get any worse. And then they do.”

“The talented Allen Eskens fulfills the rich promise of his Edgar®-nominated debut with this chilling, dark, and sinister thriller. With precision and authority, Eskens’s determined cop hero takes one intriguing clue—and pursues it into spiraling disaster. With a deadly surprise around every corner and a bleak undercurrent of noir-like dread, this book will haunt you.”

“Another great, dark, and brooding page-turner from Allen Eskens, with a tragic protagonist who will break your heart. Eskens’s characters will haunt you long after you finish reading.”

AWARD RECOGNITION FOR ESKENS' DEBUT, THE LIFE WE BURY:

PRAISE FOR THE LIFE WE BURY:

"Thriller fans should keep their eyes on Eskens; he's a comer." --BOOKLIST

"An intelligent and compelling story with characters that will capture you from the start.... This debut novel never lets the reader off the edge of the seat--the mark of a great story." --THE BIG THRILL

"Set against the backdrop of a brutal Minnesota winter, The Life We Bury is much more than a satisfying, suspenseful novel.... This story kept me turning the pages, and it touched my heart. The characters are as real as my next-door neighbors, the story compelling, and the writing superb." --SUSPENSE MAGAZINE

"A solid and thoughtful tale of a young man used to taking on burdens beyond his years--none more dangerous than championing a bitter old man convicted of a horrific crime." --KIRKUS REVIEWS

Allen Eskens is the award-winning and USA Today–bestselling author of The Life We Bury, The Guise of Another, and The Heavens May Fall. A criminal-defense attorney for twenty-five years, he lives with his wife in Minnesota, where he is a member of the Twin Cities Sisters in Crime.
Loading...
or support indie stores by buying on