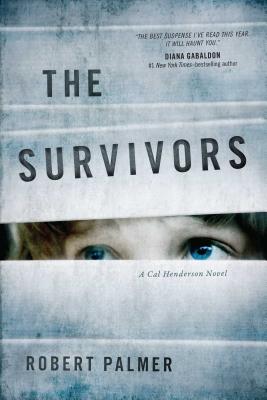 “Do you think you know what your own mother might do? The Survivors is an up-close-and-personal mystery—the best suspense I’ve read this year. It will haunt you.” —DIANA GABALDON, #1 New York Times–bestselling author of the Outlander series Psychologist Cal Henderson has a successful practice in Washington, DC, and big plans for the future. But he can’t escape a terrible secret. When he was a boy, his mother murdered his father and two brothers and severely wounded Cal’s best friend, Scottie Glass. Desperate to keep the nightmare at bay, Cal has turned his back on everything that happened that night. On the twenty-fifth anniversary of the killings, Scottie shows up at Cal’s office—edgy, paranoid, but somehow still the loveable kid he once was. Though their lives have taken very different paths, they both believe Cal’s mother couldn’t have been a murderer. She loved them too much, no matter what dark place she found herself in. They set off to dig up the real story. Cal uncovers one shocking secret after another about his family. The trail leads to a shady defense contractor, a scheming US Attorney, and, ultimately a billionaire with the kind of power and connections that can only be found in Washington. But Cal is paying a price. The memories he has avoided for so long have come flooding back, sending him into a tailspin from which he may never recover.

Praise For The Survivors…

“Do you think you know what your own mother might do? The Survivors is an up-close-and-personal mystery—the best suspense I’ve read this year. It will haunt you.”

“A superb mystery, seething with psychological intrigue and rich, deeply layered characters. Palmer’s masterful control of suspense and his complex plots and subplots pull the reader through the novel at a lightning pace and prove that he is a writer to watch. This is a terrific read.”

—ALLEN ESKENS, Edgar® Award–nominated author of The Life We Bury and The Guise of Another

“The Survivors is the very definition of a page-turner.”

“The Survivors is sharply plotted and riveting—deliciously spiced with all the ingredients that make for masterful suspense.”

Robert Palmer is a lawyer in Washington, DC, and teaches at George Washington University School of Law and Georgetown University Law Center.
Loading...
or
Not Currently Available for Direct Purchase