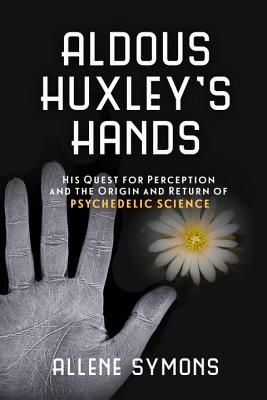 Psychedelics, neuroscience, and historical biography come together when a journalist finds a lost photograph of Aldous Huxley and uncovers a hidden side of the celebrated author of Brave New World and The Doors of Perception. Allene Symons had no inkling that Aldous Huxley was once a friend of her father's until the summer of 2001 when she discovered a box of her dad's old photographs. For years in the 1940s and '50s, her father had meticulously photographed human hands in the hope of developing a science of predicting human aptitudes and even mental illness. In the box, along with all the other hand images, was one with the name of Aldous Huxley on the back. How was it possible for two such unlikely people to cross paths--her aircraft-engineer father and the famous author?

This question sparked a journalist's quest to understand what clearly seemed to be a little-known interest of Aldous Huxley. Through interviews, road trips, and family documents, the author reconstructs a time peaking in mid-1950s Los Angeles when Huxley experimented with psychedelic substances, ran afoul of gatekeepers, and advocated responsible use of such hallucinogens to treat mental illness as well as to achieve states of mind called mystical. Because the author's father had studied hundreds of hands, including those of schizophrenics, he was invited into Huxley's research and discussion circle.

This intriguing narrative about the early psychedelic era throws new light on one of the 20th-century's foremost intellectuals, showing that his experiments in consciousness presaged pivotal scientific research underway today.

Praise For Aldous Huxley's Hands: His Quest for Perception and the Origin and Return of Psychedelic Science…

“Allene Symons has written an intriguing combination of an Aldous Huxley biography, a smart daughter’s memoir of her father, and science—ranging from schizophrenia to paranormal consciousness to psychedelics. Several years ago, while going through boxes in her family’s garage, she found over one thousand photographs of hands, including Aldous Huxley’s, that her father had taken over a two-decade period. What was her aircraft-engineer father trying to discover and how did he cross paths with Huxley? The answers are fascinating and sometimes mind-bending. . . . It’s an absorbing and beguiling read.”

—LISA SEE, author of China Dolls, Snow Flower and the Secret Fan, and On Gold Mountain


“What can be said about the work of Aldous Huxley that hasn’t already been told? Quite a bit, it turns out. In this compelling narrative, Allene Symons uncovers a cache of letters between Huxley and the man who turned him on to psychedelic drugs, using those documents to spin a delightful tale of two men exploring the thin line between mysticism and madness. Symons deftly blends the legwork of a journalist with the passion of a daughter fascinated by her own father’s unlikely foray into Huxley’s inner circle.”


“The psychedelic Sixties didn’t begin in the 1960s. That much is certain after reading Aldous Huxley’s Hands. Allene Symons, an engaging writer and reporter, discovered in 2001 that in the 1950s her father, a photographer, was friends with the writer, philosopher, poet, and satirist whose experiments with hallucinogens opened The Doors of Perception. Symons’s own explorations led to new revelations and insights about Huxley, as well as about her father. Both were ahead of their time, and their work resonates with the world today—and, of course, tomorrow.”

Allene Symons is the author of Nostradamus, Vagabond Prophet: A Novel of His Life and Time and an instructor of communications and media studies at Santa Ana College. She previously worked as a senior editor at Publishers Weekly, Drug Store News, and For the Pharmacist magazines and as general manager of Rizzoli International Bookstore in Costa Mesa, California.
Loading...
or support indie stores by buying on