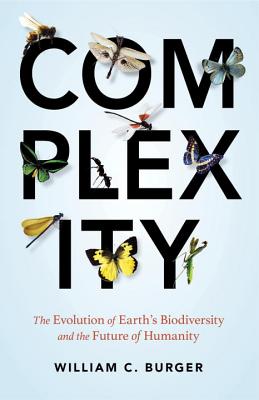 The Evolution of Earth's Biodiversity and the Future of Humanity

This very readable overview of natural history explores the dynamics that have made our planet so rich in biodiversity over time and supported the rise and dominance of our own species.

Tracing the arc of evolutionary history, biologist William C. Burger shows that cooperation and symbiosis have played a critical role in the ever increasing complexity of life on earth. Life may have started from the evolution of cooperating organic molecules, which outpaced their noncooperating neighbors. A prime example of symbiosis was the early incorporation of mitochondria into the eukaryotic cell (through a process called "endosymbiosis"). This event gave these cells a powerful new source of energy. Later, cooperation was again key when millions to trillions of individual eukaryotic cells eventually came together to build the unitary structures of large plants and animals. And cooperation between individuals of the same species resulted in complex animal societies, such as ant colonies and bee hives.

Turning to our own species, the author argues that our ability to cooperate, along with incessant inter-group conflict, has driven the advancement of cultures, the elaboration of our technologies, and made us the most "invasive" species on the planet. But our very success has now become a huge problem, as our world dominion threatens the future of the biosphere and confronts us with a very uncertain future.

Thought-provoking and full of fascinating detail, this eloquently told story of life on earth and our place within it presents a grand perspective and raises many important questions.

William C. Burger is Curator Emeritus of the Department of Botany at The Field Museum of Natural History in Chicago, Illinois, and the author of the highly acclaimed Flowers: How They Changed the World and Perfect Planet, Clever Species.

Praise For Complexity: The Evolution of Earth's Biodiversity and the Future of Humanity…

“William C. Burger pours decades of experience into this readable overview of how our complex world came to be. Breezy and engaging all the way, this is a stimulating reflection on what has brought us to the beginning of the twenty-first century, and about what might come next.”

“A charmingly written, lovely, and informative book that could be profitably read by any educated person, from high-school students on up. In it, Burger deftly outlines the history of our planet and the living organisms that make it what it is. He brings us forward to directly consider the global problem that we have created for ourselves and our common future.”

“Over the course of a career, many scientists become progressively more specialized—they focus on a narrow topic of interest and explore its many dimensions. Bill Burger has done precisely the opposite over the course of his career. An acclaimed botanist who is proficient in the arcane arts of botanical nomenclature and still carries a Hastings triplet loupe, Burger has turned his sights on the diversity of life. Non-technical language conveys the patterns and processes associated with life’s immense variation, identifying those involved in its generation and extinction. By pulling human evolution into the narrative, Burger provides the perspective needed to appreciate why scientists are convening later this year to formalize a new geological epoch, the Anthropocene, the Age of Humans.”