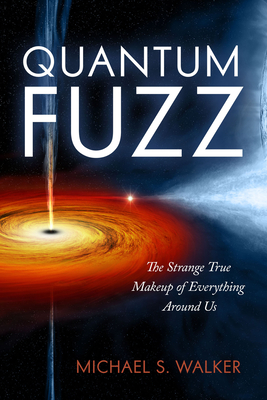 The Strange True Makeup of Everything Around Us

Quantum physics has turned our commonsense notion of reality on its head. This accessible book describes in layperson's terms the strange phenomena that exist at the quantum level--a world of tiny dimensions where nothing is absolutely predictable, where we rethink causality, and information seemingly travels faster than light. The author, a veteran physicist, uses illuminating analogies and jargon-free language to illustrate the basic principles of the subatomic world and show how they explain everything from the chemistry around us to the formation of galaxies. He also explains how scientists and engineers interact with this nebulous reality and, despite its mysteries, achieve results of great precision.

Up front is a brief history of the early 20th-century "quantum revolution," focusing on some of the brilliant individuals whose contributions changed our view of the world--Albert Einstein, Niels Bohr, Paul Dirac, Werner Heisenberg, Erwin Schroedinger, and others. The work concludes with a discussion of the many amazing inventions that have resulted from quantum theory, including lasers, semiconductors, and the myriad of electronic devices that use them.

Lucidly written, this book conveys the excitement of discovery while expanding the reader's appreciation for a science that explores the basis of everything we know.

Praise For Quantum Fuzz: The Strange True Makeup of Everything Around Us…

“Well-written and easy to read. Quantum Fuzz is an excellent introduction for anyone reading about physics for the first time, and also a good review for physics students. Very comprehensive and enjoyable. Highly recommended.”

—Barry Parker, author of The Physics of War

“Quantum Fuzz is an engaging book that ventures way beyond what the title implies. As promised, Walker explains quantum mechanics to a general audience by way of analogies, a difficult task that he accomplishes smoothly. But he doesn’t stop there. Astronomy, computers, physics, and some aspects of modern technology from his professional engineering experience are addressed with clear, precise explanations. As a bonus, chemistry and the periodic table have the most cogent exposition I have ever seen, especially since it is viewed from a physics standpoint. This is a welcome addition to any thoughtful person’s library.”

—Arthur W. Wiggins, Physics Professor Emeritus at Oakland Community College and coauthor of The Human Side of Science

"Walker brings to life one of the most strange, fascinating, and beautiful descriptions of our physical world. . . . Human beings and things here on Earth are all made of atoms. Yet most people know nothing of their diffuse, fascinating symmetries, and how these forms determine much of the properties of our universe. This book is an opportunity to 'come on board and sail to new lands of understanding.'"

“Guided by Walker’s careful, clear, and comfortable writing, you will discover a new way of understanding matter, energy, and the universe as a whole.”

Michael S. Walker, PhD, is a retired physicist, materials scientist, engineer, inventor, and project manager, who holds degrees from MIT and Carnegie Mellon University. His research has been mainly focused on the development of superconductors and superconducting power applications of a scale to light cities. He is the author or coauthor of more than seventy technical papers and holds a dozen patents. In 1989, he was voted Inventor of the Year by the Eastern New York Patent Law Association for conceiving and developing a unique way of separating minerals using magnetic fluids.
Loading...
or
Not Currently Available for Direct Purchase