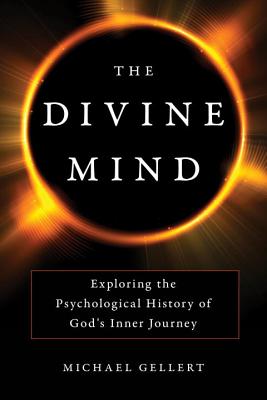 A Jungian psychoanalyst with a background in Judaism and Zen Buddhism explores the history of God concepts in the Judeo-Christian and Islamic traditions.

This book is about the Abrahamic God’s inner journey, an epic that begins in the Hebrew Bible—the common source of Judaism, Christianity, and Islam. This God emerges as a living, textured personality as tormented as a Shakespearean character and as divided against humanity as the devil who personifies his dark side. Yet in heroic fashion, he embarks on a journey to greater consciousness, stretching into himself in the Talmud, New Testament, Qur’an, and Gnostic writings. Then finally, with and through the Jewish, Christian, and Islamic mystics, he discovers his true self as the absolute Godhead. He takes up residence in their psyches as their own Divine Mind or true self. The book suggests that what God learned from his journey might be something that we in turn could learn from and that could help us at the dawn of the twenty-first century. In this way, God’s inner journey becomes a metaphor for our own.

Michael Gellert, a Jungian psychoanalyst, treats this story and the sacred writings that convey it as psychological facts—as expressions of the human psyche—regardless of whether or not God actually exists. He shows how the Hebrew Bible presents God as a primitive, barbaric tribal war god while centuries later the mystics portray him as their innermost essence and emptied of all projected, external, anthropomorphic images. Thus, God’s inner journey and the evolution of human consciousness—his story and ours—parallel each other and are integrally related.

Rich in historical detail and psychological insights, this is a book that will be welcomed by seekers of every background and orientation.

Praise For The Divine Mind: Exploring the Psychological History of God's Inner Journey…

“Jungian analyst Gellert crafts a psychobiography of the Abrahamic God across Judaism, Christianity, and Islam in this perceptive study. . . . [His] work offers a bridge between the present-yet-harsh God found in the Bible and the seemingly-absent-but-ever-loving God contemporary churches, mosques, and synagogues worship.”


“This remarkable book is so full of intelligence, insight, and startling humor that I wanted to read every other page out loud to someone else. In his keen analysis of the divine mind, Michael Gellert not only led me to a new understanding of what it means to be made in God’s image (with our neuroses and all), but he also gave me fresh compassion for what a very hard job it is to be God.”


“Gellert reads God’s inner journey from the pages of scripture—Jewish, Christian, and Muslim—into its continuation in three mystical traditions and on down to our own day. An engrossing account, enriched by Jungian psychology, that makes God’s journey a persuasive metaphor for our own.”

“In this fascinating account, Gellert applies depth psychology and trauma theory to Yahweh’s inner journey from trauma to redemption, a journey that parallels the evolution of our consciousness as well. This creative, engaging book seems especially relevant to our time, when the Abrahamic religions and their patriarchal assumptions are so frequently in our daily news cycle—seeking transformation and redemption like the Yahwistic God himself.”

—Donald Kalsched, author of The Inner World of Trauma and Trauma and the Soul


“Gellert thoughtfully critiques the literal image of the biblical God—so filled with complexities and ‘opposites’—and traces its evolution to a more holistic image in the writings of the mystics of all three Abrahamic religions. Filled with psychological insights and written with both passion and compassion, this is a creative, radical, disturbing, bold, and illuminating work.”


“Startling, daring, and profound, this is one of the greatest books I have read. Brilliant and highly readable, what Gellert says about God has gone right into me and become a part of me, penetrating my heart as well as my mind.”


“This is a rich and surprising book. The clarity of Gellert’s prose belies the profound ambiguity at the heart of his subject. He makes a compelling case that if we allow ourselves to experience the pregnant silence that the Western notion of God has given way to, a space opens up in our minds to consider the creative possibilities of everything that is left to us to complete.”

“Gellert offers a road map that leads from the mind’s myriad projections to the enigmatic soul and its own origin. Crossing some fascinating and at times painful terrain, he brings the reader into silent realms of contemplation, and concludes his book on a joyful, mystical note. It is an intriguing book, to put it mildly.”

—Vraje Abramian, translator of Nobody, Son of Nobody: Poems of Sheikh Abu-Saeed Abil Kheir and Winds of Grace: Poetry, Stories and Teachings of Sufi Mystics and Saints

“With great erudition and eloquence, Gellert profoundly challenges our established understanding of Judaism, Christianity, and Islam. The story of God’s awakening that he so poignantly tells is really our own. One will never again read our scriptures in the same way or argue for a theological position that holds that God is outside of us, or only outside of us, or fundamentally different than us. Even atheists will find common ground with this book’s all-embracing and inspiring vision.”

Michael Gellert is a Jungian analyst practicing in Los Angeles and Pasadena, California. He was formerly Director of Training at the C.G. Jung Institute of Los Angeles and a humanities professor at Vanier College, Montreal. He also supervised a mental health program for employees of the City of New York and has served as a consultant to various organizations, including the University of Southern California and Time magazine. He has lived in Japan, where he trained with a Zen master. The author of Modern Mysticism, The Fate of America, and The Way of the Small, he lectures widely on psychology, religion, and contemporary culture.
Loading...
or
Not Currently Available for Direct Purchase