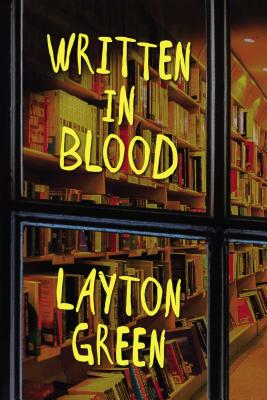 A career homicide detective returns to his small hometown and is soon asked to investigate a series of local murders with a perverse literary twist. Detective Joe "Preach" Everson, a prison chaplain turned police officer, is coming home. After a decade tracking down killers in Atlanta, and with a reputation as one of the finest homicide detectives in the city, his career derailed when he suffered a mental breakdown during the investigation of a serial killer who was targeting children. No sooner does Preach arrive at home in Creekville, North Carolina--a bohemian community near Chapel Hill--than a local bookstore owner is brutally killed, the first murder in a decade. The only officer with homicide experience, Preach is assigned to the case and makes a shocking discovery: the bookstore owner has been murdered in exactly the same manner as the pawnbroker in Dostoevsky's Crime and Punishment. With the help of Ariana Hale, a law student and bibliophile who knew the victim, Preach investigates the local writer's community. As their questions increase, a second body is found, this time eerily resembling the crime scene in a famous Edgar Allan Poe novella. Preach and Ariana realize that their adversary is an intelligent, literate killer with a mind as devious as it is disturbed. And one or both of them may be his next target.

Praise For Written in Blood (A Detective Preach Everson Novel #1)…

—Andrew Pyper, author of The Only Child and The Demonologist

“Written in Blood has it all. The lead detectives are fully drawn and full of mystery, each battling his own demons while fighting for justice. And Layton Green nails the Southern setting, where the town of Creekville seems like a hipster’s paradise and yet bubbles with menace and long-held resentments below the kale-smoothie surface. On top of all that, Written in Blood has an ending that no one, and I mean no one, will see coming. A compelling and elegant work of crime fiction.”

—Mark Pryor, author of Dominic and the Hugo Marston novels

“A fast-paced, well-written mystery that skillfully combines a police procedural with literary sleuthing. Simply put, this novel is too good to pass up. If you haven’t read anything by Layton Green, start now. You won’t be disappointed.”

—Larry D. Sweazy, multiple-award-winning author of Where I Can See You

“Written in Blood provides the delights of a whodunit, with esoteric clues that refer cleverly to classic literary works, while, at the same time, offering the gritty sense of place and the kind of psychologically complex characters ordinarily associated with noir. These elements combine to make a smart page-turner, as dark and deep as the Carolina woods.”

—Gordon McAlpine, author of Hammett Unwritten and the Edgar® Award finalist Woman with a Blue Pencil

“Green’s gripping police procedural introduces a conflicted detective who doubts himself at times. His fast-paced story, with its flawed protagonist, literary allusions, and unexpected turns, should attract Karin Slaughter’s fans.”

“Engrossing…a satisfying page-turner for readers who appreciate literary references and existential questions with their corpses.”

"A dark, small-town procedural with an unusual and engaging premise."

PRAISE FOR THE DOMINIC GREY NOVELS:

"The Summoner is one of those books that make you want to turn on all the lights in your house and lock the doors....The settings are authentic and you can feel and smell the countryside....This is a wonderful read for those who enjoy both suspense and action stories." --Seattle Post-Intelligencer

"Layton Green kicks things up a notch and delivers a novel that should, if there's any justice to be found upon the shelves, make him a household name. The Diabolist is a dark, intelligent, spellbinding novel....I cannot recommend this one highly enough. --Beauty in Ruins Reviews

"Dan Brown is pretty good at what he does and I don't begrudge him his success, but when it comes to interesting characters embarking on a thrilling exploration into the dark world of cults, religions, and magic, Layton Green does it SO much better." --Nylon Admiral Reviews

Layton Green is a mystery, suspense, and thriller writer and the author of the Dominic Grey series, as well as other works of fiction. His novels have been optioned for film, nominated for multiple awards--including a finalist for an International Thriller Writers award--and have topped numerous genre lists in the United States, the UK, and Germany. In addition to writing, Green attended law school in New Orleans and was a practicing attorney for the better part of a decade.
Loading...
or
Not Currently Available for Direct Purchase