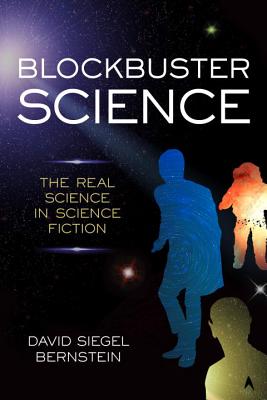 The Real Science in Science Fiction

If you've ever wondered how much real science goes into movies like Gravity, novels like The Martian, and television shows like Doctor Who, this is the book for you.

Written by an author who is both a data scientist and a science fiction writer, this entertaining and accessible book uses popular science fiction movies, stories, and TV shows to explain the science behind popular narrative concepts like time travel, lightsabers, AI, genetic mutation, asteroids, cyborgs, black holes, alien invasion, the zombie apocalypse, and more.

What could be a more fun way to explore the world of science than through its use—accurately or fantastically—in science fiction entertainment: movies, books, and TV shows?

Learn about relativity through Orson Scott Card's Ender's Game and the movie Interstellar; black holes and wormholes in connection with Contact and Planet of the Apes; theories about the origin of life as reflected in Battlestar Galactica, Star Trek: The Next Generation, and The Hitchhiker's Guide to the Galaxy; computer science and artificial intelligence in reference to A.I. Artificial Intelligence; and much, much, more.

Written with wit, clarity, and a great sense of fun, Blockbuster Science will inspire science fiction fans to get excited about real science while also putting an engaging pop culture spin on science for any curious reader.

Praise For Blockbuster Science: The Real Science in Science Fiction…

“David Siegel Bernstein’s charming and engaging book is a whirlwind tour of the mind-bending ideas and discoveries at the heart of modern science. Reality is often stranger than fiction; Blockbuster Science is a welcoming guide to anyone who wants to explore the ever-expanding boundaries between proven science and inspired speculation.”

David Siegel Bernstein has written two science fiction novelettes and many short stories for various science fiction magazines and anthologies. He works as a managing consultant for BLDS LLC, where he applies mathematical and statistical modeling to discrimination and civil rights matters. He previously worked at LECG and the Center for Forensic Economic Studies in Philadelphia.
Loading...
or
Not Currently Available for Direct Purchase