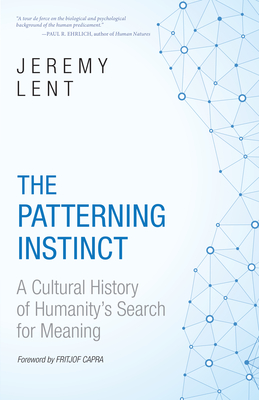 A Cultural History of Humanity's Search for Meaning

Winner of the 2017 Nautilus Silver Award This fresh perspective on crucial questions of history identifies the root metaphors that cultures have used to construct meaning in their world. It offers a glimpse into the minds of a vast range of different peoples: early hunter-gatherers and farmers, ancient Egyptians, traditional Chinese sages, the founders of Christianity, trail-blazers of the Scientific Revolution, and those who constructed our modern consumer society.Taking the reader on an archaeological exploration of the mind, the author, an entrepreneur and sustainability leader, uses recent findings in cognitive science and systems theory to reveal the hidden layers of values that form today's cultural norms. Uprooting the tired cliches of the science-religion debate, he shows how medieval Christian rationalism acted as an incubator for scientific thought, which in turn shaped our modern vision of the conquest of nature. The author probes our current crisis of unsustainability and argues that it is not an inevitable result of human nature, but is culturally driven: a product of particular mental patterns that could conceivably be reshaped. By shining a light on our possible futures, the book foresees a coming struggle between two contrasting views of humanity: one driving to a technological endgame of artificially enhanced humans, the other enabling a sustainable future arising from our intrinsic connectedness with each other and the natural world. This struggle, it concludes, is one in which each of us will play a role through the meaning we choose to forge from the lives we lead.

Jeremy R. Lent is a writer and the founder and president of the nonprofit Liology Institute, dedicated to fostering a worldview that could enable humanity to thrive sustainably on the earth. The Liology Institute (www.liology.org), which integrates systems science with ancient wisdom traditions, holds regular workshops and other events in the San Francisco Bay Area. Lent is the author of the novel Requiem of the Human Soul. Formerly, he was the founder, CEO, and chairman of a publicly traded Internet company. Lent holds a BA in English Literature from Cambridge University and an MBA from the University of Chicago.
Loading...
or support indie stores by buying on