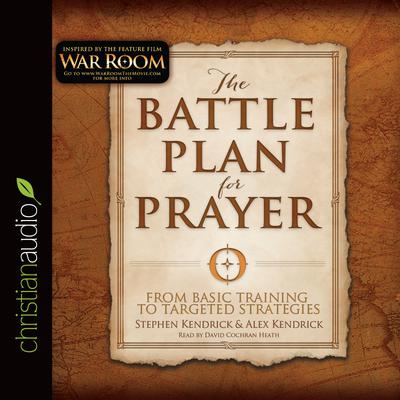 From Basic Training to Targeted Strategies

Inspired by the Kendrick Brothers’ new movie, War Room, this exciting new resource from the #1 best-selling author team behind The Love Dare and The Resolution for Men is designed to help anyone learn how to become a powerful person of prayer. The Battle Plan for Prayer begins with prayer’s core purpose, its biblical design, and its impact throughout history. Readers will be guided scripturally through the fundamentals of how effective prayer works, inspired towards a closer, more intimate relationship with God, and shown how to develop specific prayer strategies for each area of life. Prayer can accomplish what a willing God can accomplish. It should be your first plan of attack in all of life’s battles, not your last resort. If you want to experience the joy of mightily answered prayer, then it’s time to engage with God at another level.