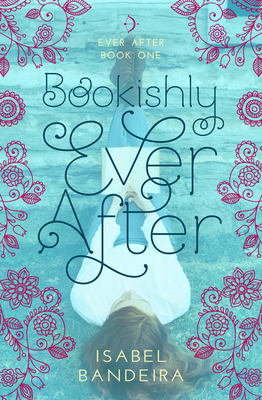 Ever After Book One

In a perfect world, sixteen-year-old Phoebe Martins’ life would be a book. Preferably one filled with magic and a hot paranormal love interest. Unfortunately, her life probably wouldn’t even qualify for a quiet contemporary.

Everything changes when Phoebe learns that Dev, the hottest guy in the clarinet section, might actually have a crush on her. So, Phoebe turns to the heroines in her favorite books for inspiration, but becoming as awesome as her book characters isn’t as easy as it sounds. When another girl nets Dev for herself right out from under Phoebe’s nose, she’s crushed.

And, to up the suckage, she gets assigned as his co-counselor at a sixth grade camp and has to spend an entire week tied to the hip with the one guy on the planet she wanted to avoid. Can she make it through the potential danger of romantic bonfires and nature walks, or will her counseling career end in emotional disaster? Can she ever go back to her happy world of fictional boys after falling for the real thing?

Find out if Dev makes Phoebe forget all her book boyfriends in this first book of the Ever After Series.

Praise For Bookishly Ever After: Ever After Book One…

"Gr 7–10—Sixteen-year-old South Jersey resident Phoebe has a small but devoted circle of friends, and they gently tease her about her obsession with fantasy books, archery, and knitting. Phoebe feels socially inadequate when it comes to the opposite sex and has a crush on handsome junior class president Kris. She doesn't pick up the clues that gorgeous Dev is very interested in her. Phoebe uses the romance tactics portrayed in her fantasy novels to try to flirt with Kris, and when she permits her friends to help her with makeovers and more trendy and flattering clothing, she's delighted that he finally notices her. On a camping trip where Phoebe is paired up as counselor with Dev, she finally has the opportunity to kiss Kris, but there are no sparks, and she's tremendously disappointed. Well-developed characterization, sparkling and humorous dialogue, and a logical story line combine in author Bandeira's easily relatable debut novel." — Susan Riley, Mamaroneck Public Library, NY - School Library Journal

Growing up, Isabel Bandeira split her time between summers surrounded by cathedrals, castles, and ancient tombs in Portugal and the rest of the year hanging around the lakes and trees of Southern New Jersey, which only fed her fairy-tale and nature obsessions. In her day job, she's a Mechanical Engineer and tones down her love of all things glittery while designing medical devices, but it all comes out in her writing. The rest of the time, you'll find her reading, at the dance studio, or working on her jumps and spins at the ice rink. Isabel is the author of the Ever After series, including Bookishly Ever After, Dramatically Ever After, and the soon to be released Practically Ever After. Isabel lives in South Jersey with her little black cat, too much yarn, and a closetful of vintage hats.