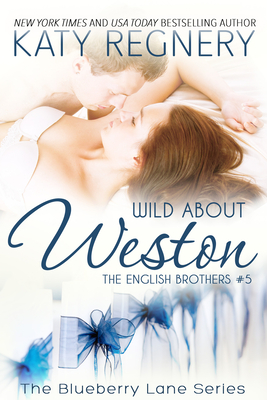 Wild about Weston is the fifth book about the last of the Philadelphia-based, wildly-handsome English brothers who are all on the look-out for love.

(Wait a second! They're definitely NOT all on the look-out for love anymore. Not if Emily, Daisy, Jess and Val have any say in the matter. Weston's the last single English...oh, yeah. And Kate. Poor Kate...)

When Weston English's girlfriend breaks up with him to move to Italy on the morning of his brother Fitz's wedding, he fully expects to have a horrible day. What he doesn't anticipate is meeting Molly McKenna at the reception.

Daisy's friend, Molly, whose fiance dumped her the night before the wedding, decides to throw caution to the wind and eschew her schoolteacher persona for a wild, one-night stand with Weston.

From the ceremony to the cocktail hour, from dinner to dancing, from toasts to photos, Molly and Weston will discover that they have more in common than they could have guessed, and that some horrible endings lead to the happiest beginnings.