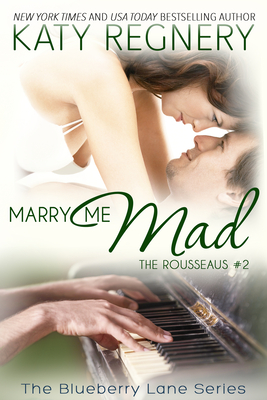 The Rousseaus #2 (The Blueberry Lane Series #13)

For as long as Madeleine “Mad” Rousseau can remember, she’s been the “sweet” twin to her sister Jax’s “sassy.” But after an especially painful break-up, Mad decides she’s had enough of being sweet. Children’s librarian during the day, she begins visiting Philly’s seedier nightspots on a quest for adventure and experience. When Cortlandt “Cort” Ambler, the ex-boyfriend of Mad’s sister, Jax, saves her from disaster on one such evening, an unlikely friendship is born between the rebellious librarian and the moonlighting pianist…and two broken hearts begin a journey toward being whole again.