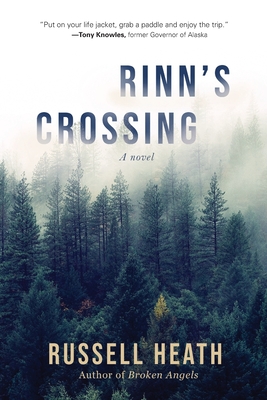 "Put on your life jacket, grab a paddle and enjoy the trip."

They had been friends who fought side by side for better things. Now both were running from crimes neither could have imagined of themselves . . .

On a remote Alaskan island, Rinn van Ness commits a minor felony. His former lover is arrested for the crime--and a murder someone tried to pin on him.

Out on bail, Kit Olinsky fights a scorched-earth battle in the state legislature to save the Alaska she loves. She can only win if she betrays her friend Dan Wakefield, a Tlingit fighting desperately for what was promised to his people a generation ago. In the back rooms of the legislature, Senator Billy Macon manipulates Alaska's grimy politics with vindictive mastery in his drive to the governor's mansion.

Like a lone wolf, Rinn slips out of the forest to protect Kit, never suspecting that he has more at stake than a lonely prison cell.