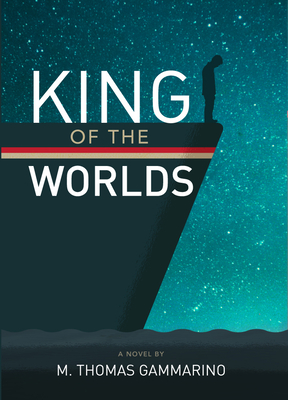 King of the Worlds

This dark comedy explores the lost universes of disgraced idol Dylan Greenyears. Dylan had always wanted to live as many lives as he could--that was the appeal of being an actor. But at the end of a brief stint as a Hollywood heartthrob, Dylan loses the lead in Titanic and exiles himself and his wife to a recently settled exoplanet called New Taiwan.

At first, life beyond Earth seems uncannily un-wondrous. Dylan teaches at an American prep school, raises a family with his high school sweetheart, and lives out his restlessness through literature. But then a box of old fan mail (and the hint of a galaxy-wide conspiracy) offers Dylan a chance to recapture the past. As he tries to balance this transdimensional midlife crisis against family life, Dylan encounters a cast of extraordinary characters: a supercomputer with aspirations of godhood, a Mormon-fundamentalist superfan, an old-school psychoanalyst, a sampling of his alternate selves, and, once again, the love of his lives.

King of the Worlds throws cosmology, technology, nineties pop culture, and religion into an existential blender for a mix that is by turns tragic and absurd, elegiac and filled with wonder.

M. Thomas Gammarino is the author of the novel Big in Japan and the novella Jellyfish Dreams. His short fiction has appeared in the New York Tyrant, Tinfish, Word Riot, and the Hawai'i Review, among others. In 2014, Gammarino received the Elliot Cades Award for Literature, Hawaii's highest literary honor. He lives and teaches in Honolulu, Hawaii.

M. Thomas Gammarino is the author of King of the Worlds, Jellyfish Dreams, and Big in Japan. He received the Elliot Cades Award for Literature, Hawaii's highest literary honor, in 2014.
Loading...
or support indie stores by buying on