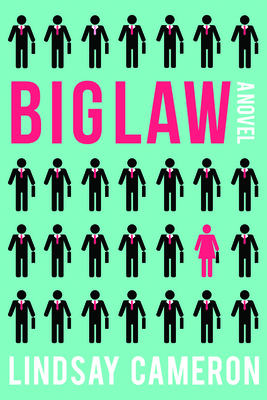 The Devil Wears Prada meets One L, BIGLAW provides an insider's view of the cut-throat world of big New York law firms. Mackenzie Corbett has always dreamed of living in New York City. Now, almost two years into her job as an associate at a premier Manhattan law firm, she's living her fantasy big salary, high profile deals, cute boyfriend, designer bag on her arm. The giant bags under her eyes from lack of sleep don't fit into the fantasy, though. To make matters worse, she's being tormented by a bitter, bitchy senior associate, her cute boyfriend is annoyed she never has time for him, and now she's stuck on the deal from hell with a partner whose biggest claim to fame is throwing a stapler at a cleaning lady because she touched his ficus plant. With the opportunity to secure a prestigious secondment on line, the overachiever in her is determined to endure whatever it takes to close the biggest deal in the firm's history. But when Mackenzie finds herself the focus of a devastating investigation her dream job begins spiraling into a nightmare. In this pitch perfect, frightening accurate novel, Lindsay Cameron throws back the curtain to this intriguing world exposing the truth about life in BIGLAW.

Lindsay Cameron (New York, NY) worked for six years as a corporate attorney at large law firms in both the United States and Canada, including one of New York's most profitable firms. BIGLAW is her debut novel.
Loading...
or
Not Currently Available for Direct Purchase