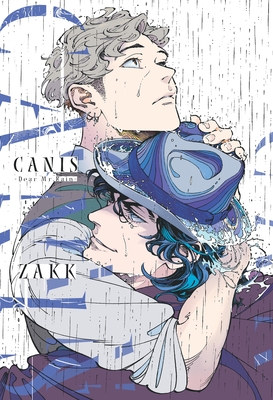 Business is tough at men's haberdashery Dante. A big sale is coming, and
they are extremely understaffed. So after getting chewed out by his
staff a broken Satoru heads home to find a stray napping in the rain. Ryou isn't your standard American longhair, though. He is a mysterious
nineteen-year-old with charisma, good looks and an air of someone with a
past, despite their age. After a meal, a nap and a shower Ryou was
ready to model for Satoru. But their contract was for just one day. And the reason why Ryou had to go was he had a meeting with the mafia. In a new expanded and updated edition of the original CANIS, readers will now get to experience more of the world of Hat Shop DANTE.

ZAKK is a veteran comic artist whose work on the CANIS series has extended over three series and two publishers since 2012. Their stories mix international crime stories and boys love elements. They were also involved in the manga adaptation of Disney's CRUELLA.
Loading...
or support indie stores by buying on