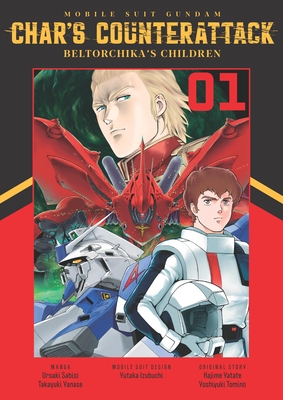 The legend of Armuro Ray and Char Aznable continues in a new adaptation of Tomino's ground-breaking film. Their first battle changed the tone of the One Year War. Their last battle could be believed as the end of that war. Now more than a dozen years later, Aznable has emerged to lead a Neo Zeon and Amuro is ready to confront his rival once again. Created twenty-five years after Yoshiyuki Tomino's original novels, Beltorchika's Children is an alternative telling of the legendary film.

Takayuki Yanase is a renown mechanical designer with more than twenty years of experience. He has provided designs for properties such as: Eureka Seven, Ergo Proxy, Broken Blade, Deadman Wonderland, Hayate the Combat Butler and Mazinger Z Infinity.
Loading...
or support indie stores by buying on
(This book is on backorder)