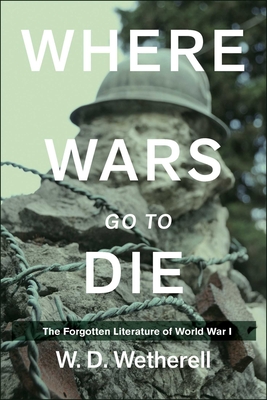 Where Wars Go to Die

The Forgotten Literature of World War I

As the world commemorates the hundredth anniversary of World War I, the literary canon of the war has consolidated around the memoirs written in the years after the Armistice by soldier-writers who served in the trenches. Another kind of Great War literature has been almost entirely ignored: the books written and published during the war by the greatest English, American, French, and German writers at work—books that show us how the best, most influential writers responded to an overpowering human and cultural catastrophe.

Where Wars Go to Die: The Forgotten Literature of World War I explores this little-known cache of contemporary writings by the greatest novelists, poets, playwrights, and essayists of the war years, examining their interpretations and responses, weaving excerpts and quotations from their books into a narrative that focuses on the various ways civilian writers responded to an overwhelming historical reality.

Intended for the general reader as much as the specialist, Where Wars Go to Die breaks important new ground in the history and literature of World War I.