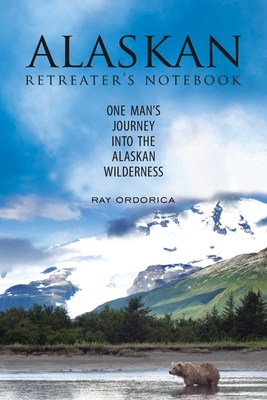 One Man's Journey into the Alaskan Wilderness

In the fall of 1978 Ray Ordorica packed everything he thought he would need into his Toyota LandCruiser and drove north to Alaska. He came to a land he had never seen, to find something he wasn't even sure existed: a wilderness cabin he could use for a year or more to live, think, relax, read, and write. Ordorica found his cabin, fixed it up, and, although it was just an un-insulated 12- by 16-foot one-room log structure, he spent three winters in it in relative comfort.

Ordorica’s life in that cabin fulfilled a dream he had had for more than ten years. During his long winters in Alaska, it occurred to him that there must be many others who have put off an extended wilderness visit to out of ignorance or fear. They have as many questions about Alaska as he had before he arrived: How do you cope with 40 below? How do you get water? Is it totally dark in mid-winter? These questions and many more gave Ordorica the idea to write the Alaskan Retreater’s Notebook, an epic memoir about one man’s journey into the Alaskan wilderness. With his wisdom, you will learn how to live with the country, and not against it.

Praise For The Alaskan Retreater's Notebook: One Man's Journey into the Alaskan Wilderness…

Dedicated fans of Alaska reality-television shows will enjoy this look at real life in the forty-ninth state. --Booklist

Dedicated fans of Alaska reality-television shows will enjoy this look at real life in the forty-ninth state. --Booklist

Ray Ordorica is a full-time editor and tester of firearms. His reports appear monthly in Gun Tests magazine. A professional photographer, Ray is also the British cartridge editor for Cartridges of the World. His writing on subjects as diverse as old John Deere tractors, airplanes, firearms, photography, and model aircraft have appeared in many books and magazines in the United States and Australia. He was one of two senior staff editors for DBI Books, publishers of many outdoor-related books. He was editor of the annual Handguns for DBI Books. Ray is a pilot and musician. He lives in North Fork, Idaho, with a few cats.
Loading...
or
Not Currently Available for Direct Purchase