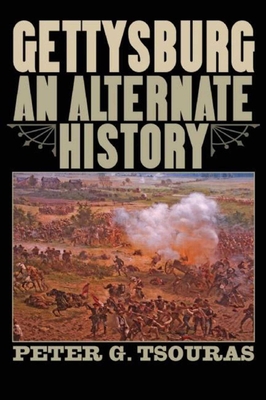 The most intriguing “what if” scenarios of the most important battles of the American Civil War.

In this alternate history, the roads and the battlefields are the same; the weather is still humid and sultry and still takes its toll on tired men; weapons retain their imperfect capabilities; and the men are the same collection of heroes, villains, and ordinary soldiers. But at the point of decision, a different choice or a minor incident may set in motion an entirely new train of events that causes history to surge in a dramatic and unexpected new direction.

What if Pickett’s charge had been stronger and better led? What if the Army of the Potomac had been commanded by a more aggressive counterattacker than Meade? What if J. E. B. Stuart had arrived on the battlefield before the second day? What if Ewell had pressed hard on the heels of the Union rout on the first day?

Gettysburg presents some of these possibilities as though they were the reality and explores the impact they would have on the battle and on the course of the war. The alternate events are anchored firmly in the context of the actual events and are all within the scope of what was genuinely possible.

Peter G. Tsouras is a historian who retired from the Defense Intelligence Agency, where he was a senior intelligence officer. He also served with the 1st Battalion, 64th Armor, in Germany. Tsouras is the author or editor of twenty-two books on military operations and alternate history. He resides in Alexandria, Virginia.
Loading...
or
Not Currently Available for Direct Purchase