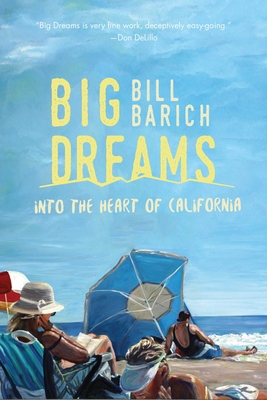 Into the Heart of California

The land of opportunity, a golden Eden, the last frontier. What is this place that has given rise to countless metaphors but can still quicken the imagination? For Bill Barich, the question became a quest when he realized that home was no longer New York, where he had grown up, but California, to which he had been lured twenty years earlier. Now, in this account of his journey through California, he captures the true nature of the state behind the stereotypes.

From the fogbound fishing towns of the North to the Mexican port of entry at San Ysidro, Barich describes an amazing diversity among people who have staked a claim to California’s promise. He introduces us to a Native American hairdresser and the head priest of a Sikh temple; we meet loggers, bikers, an aging lifeguard, and the prison warden whose job is to keep Charles Manson behind bars. He follows the traces of John Muir, Robert Louis Stevenson, Walt Disney, and Ronald Reagan, and weighs the impact their dreams have had on the rest of us. The result is a book that captures all the promise, heartache, grandeur, and incongruity of California and its unabashed Big Dreams.

Bill Barich is the author of numerous books, among them Big Dreams: Into the Heart of California and The Sporting Life. He has written extensively for The New Yorker, as well as Playboy and Sports Illustrated. He has been a Guggenheim Fellow in fiction. Barich lives in Dublin, Ireland.
Loading...
or
Not Currently Available for Direct Purchase