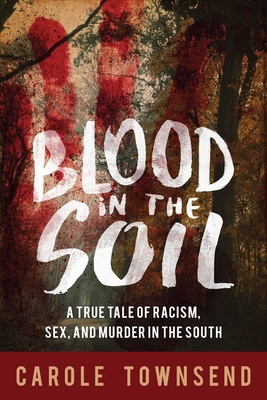 Blood in the Soil

A True Tale of Racism, Sex, and Murder in the South

Blood in the Soil is the first book about the investigation into the shooting of Hustler magazine publisher Larry Flynt and his country attorney in Gwinnett County, Georgia, in 1978. But this book is not primarily about Larry Flynt, or even his shooter (the serial killer Joseph Paul Franklin), though both men are of course important characters in the story.

This true account is told alternately from the perspective of Detective J. Michael Cowart and by following Franklin’s life from childhood through his execution. The monster that was Joseph Paul Franklin was the result of a perfect storm of circumstances, which included poverty, cruel abuse as a child, the detestation and mistrust between blacks and whites, integration, and the hate groups that operated and recruited openly. Detective Cowart tells the story of his first introduction to Franklin, and the cat-and-mouse game that ensued. A self-proclaimed truth-seeker, the detective had to appear to befriend Franklin to get him to provide enough information to prosecute him in the Flynt shooting. In the course of developing this rapport, Cowart gains astonishing insight into many of Franklin’s other cold-blooded killings and crimes, and his twisted justification for them.

This book tells of a very real struggle between right and wrong. It details with stark honesty the terrible truths that characterized the South during the volatility of the sixties and seventies, and of the ugly reality that lies just beneath the veneer of a beautiful region known for its warm hospitality. Along the way, it examines some hard lessons about life, trust, and compromise.

Praise For Blood in the Soil: A True Tale of Racism, Sex, and Murder in the South…

Carole Townsend is a correspondent and columnist for the Gwinnett Citizen newspaper and the author of Magnolias, Sweet Tea, and Exhaust. She resides in Atlanta, Georgia.
Loading...
or
Not Currently Available for Direct Purchase