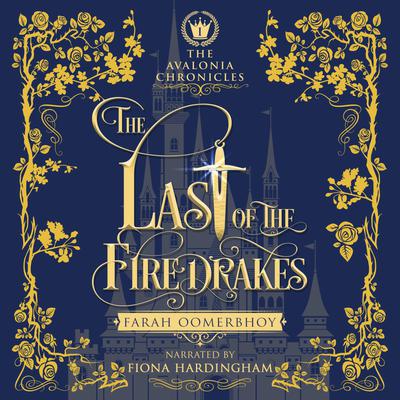 The Last of the Firedrakes (The Avalonia Chronicles) (Digital Audiobook)

She never felt like she belonged…until magic pulled her into a world beyond her wildest imagination. Perfect for fans of the Throne of Glass series and the Grisha Trilogy.

Sixteen-year-old Aurora wishes she were anyone else. Mistreated by her adopted family and bullied at school, she believes things can’t get any worse. But when she’s kidnapped and dragged through an ancient tapestry into the magical world of Avalonia, she soon discovers that some dreams can easily turn into nightmares.

Hunted by the evil tyrant Queen Morgana, who will stop at nothing to get rid of the last surviving heir to the powerful Firedrake dynasty, Aurora struggles to fit into her new life as a mage at the prestigious Academy of Evolon. Threatened by treachery at every turn and desperate to prove herself worthy, she uncovers a dark, complicated web of political intrigue that threatens the very existence of the seven kingdoms of Avalonia.

Aided by the powerful Duke of Silverthorne, a fae friend, and a handsome but mysterious outlaw called the Black Wolf, Aurora struggles to master her magic and get her rare powers under control before it’s too late.

If she fails, her new home and her family will be enslaved forever...

The Last of the Firedrakes is the first novel in The Avalonia Chronicles series of enchanting YA fantasies. If you like resilient heroines, plentiful magic, immortal fae warriors, and sizzling romance you’ll love Farah Oomerbhoy’s enthralling story.

Buy The Last of the Firedrakes and enter the world of Avalonia today!