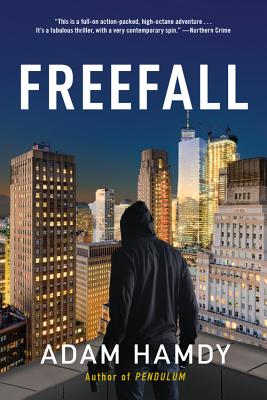 Praise for Pendulum
"I read Pendulum in one gloriously suspenseful weekend. Definitely one of the best thrillers of the year."
—James Patterson, #1 New York Times bestselling author

Adam Hamdy is an author, screenwriter, and filmmaker who has worked with producers and studios on both sides of the Atlantic. In addition to his own original work, Adam has adapted a number of comic books and novels for the screen, including the forthcoming film version of David Mitchell's novel, Number9Dream. Pendulum is Adam's third novel. Prior to becoming a writer, Adam was a strategy consultant and advised global businesses operating in a wide range of industries. Adam lives in Shropshire with his wife and three children.
Loading...
or
Not Currently Available for Direct Purchase