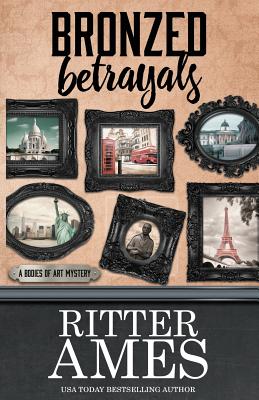 A masterpiece swapped for a forgery, a murder victim left behind, and a relentless game of hide and seek keeps Laurel Beacham and Jack Hawkes on the run. They are racing to find answers despite roadblocks at every turn.

The chase crisscrosses the Atlantic as they pursue threads to murders and thefts that extend from the current day and back several decades.

A startling forgery points toward an unexpected new nemesis, and the team pursues a Paris forger for additional clues.

When evidence starts falling into place, Laurel must use her connections and engage an unconventional resource to help bring an arrogant murderer to justice for crimes both contemporary and long past.

Crimes that tie both personally and professionally to the Beacham name.

While the ruthless criminal's acts include art history ties, the threat to Laurel is a clear and present danger. It will take every trick and technique she and Jack can conjure to gain the evidence necessary to nab their enemy and start pulling down his empire--before he takes them down instead.

BRONZED BETRAYALS by Ritter Ames - A Henery Press Mystery. If you like one, you'll probably like them all.