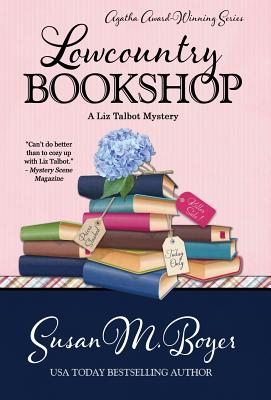 LOWCOUNTRY BOOKSHOP by Susan M. Boyer A Henery Press Mystery. If you like one, you'll probably like them all.