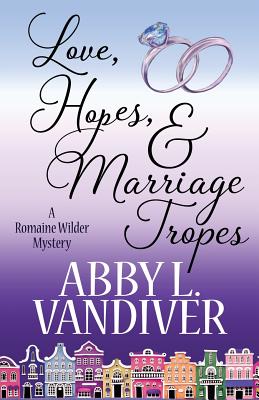 A wedding and a murder...Star football player and NFL hopeful, Michael "Bumper" Hackett is getting married. Word's going around that it's a shotgun wedding, and there just might be some truth to it, seeing that the bride-to-be is showing a baby bump. But before the ceremony can even get started, the poor groom collapses from what appears to be an asthma attack. Unfortunately, things aren't always what they seem.

Romaine knew it was a bad idea to have a wedding at the funeral home, but newly elected justice of the peace and sole proprietor of the Ball Funeral Home & Crematorium, her Auntie Zanne, thought it was a perfect way to advertise her business. Instead, it's another murder that's been dropped on her doorstep. That can't be good for business

Add to that, Romaine's beau from up north shows up out of the blue and has her hoping for her chance at happily ever after and escaping her tiny hometown of Roble. First, though, a murder has to be solved and Romaine pairs up with her Auntie Zanne (against the direct order of Romaine's first cousin, Sheriff Pogue Folsom), and aims to catch the killer before the Friday Night Lights go on.

LOVE, HOPES, & MARRIAGE TROPES by Abby L. Vandiver A Henery Press Mystery. If you like one, you'll probably like them all.